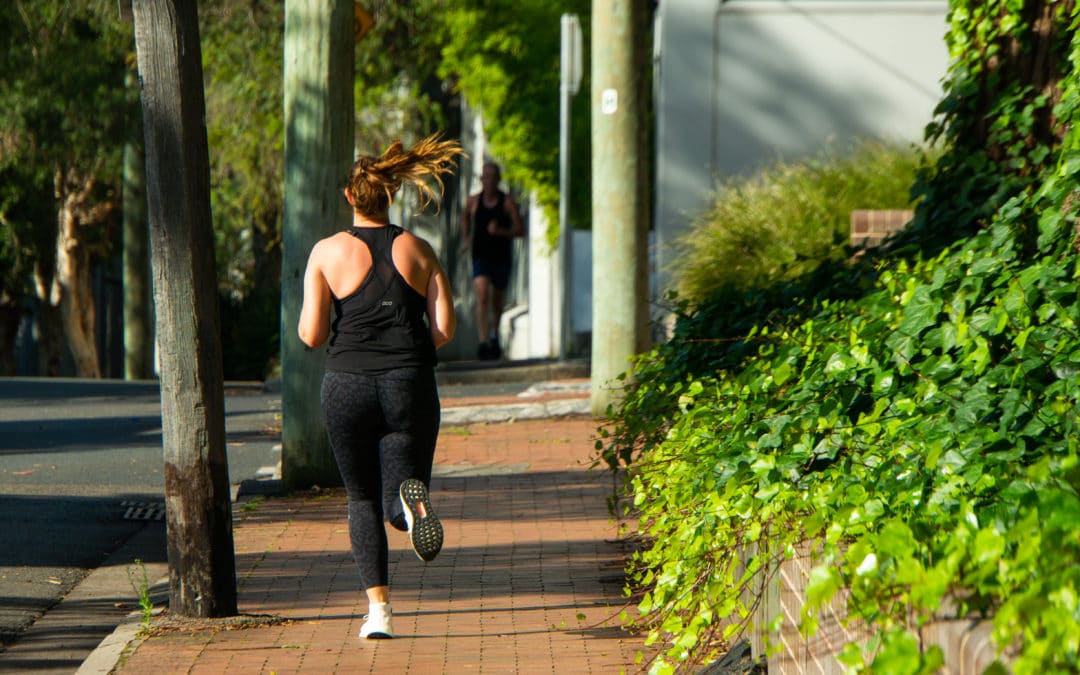 Whether it be getting more study into your day, drinking more water or hitting the gym regularly – forming new habits can be particularly challenging for us all. Here are my three top tips for making (good) habits stick!

We’ve all been there, poised on the precipice of greatness, wholly committed to our brand new, totally failsafe fitness, health or professional goals. The whole plan is laid out, we know what to do, how to do it and we can almost taste the adulation. Then we finally fall asleep, wake up the next morning and nothing changes. What gives?

If you’re familiar with the situation above or perhaps something very similar, chances are that you, like we, have struggled to implement some change in your life. Whether it be getting more study into your day, drinking more water or hitting the gym regularly – forming new habits can be particularly challenging for us all.

So if you’ve got some lofty ambition in mind, yet need a little help or encouragement – here’s our three top tips for helping make good habits stick

It sounds counter productive right? If you’re planning on making some life long change, why would you only think in the short term? The answer? Making your new habit manageable.

I’ve found great success forming new habits by focusing on small blocks of time, repeatedly, until the long term habit has been fomented into my life. For example, walking 12,500 steps per day. My health insurer offers a five dollar reward every week that I walk more than 12,500 steps five days or more. For the first month, I would struggle to hit the target, finding myself needing an extra evening walk (can neither confirm nor deny whether the walk sometimes led to Messina) and achieving sometimes spotty results.

Luckily, the target was broken up into small, seven day blocks. Meaning that whenever I failed I was able to quickly get back on track – almost always hitting my next seven day target. Now, more than twelve months later, I don’t even need to think about hitting this goal. I’ve repeated the seven day cycle so many times it comes naturally and I know exactly how far I need to walk to hit my target.

I was particularly happy to see that when my Fitbit recently broke –  temporarily cutting off my insurer – I continued to hit my step target knowing I would not receive my $5 reward every week. If this had been a monthly, seasonal or even yearly goal, it’s quite likely I would have missed my target, given up and completely forgotten about the mission by the time the next cycle rolled around. Because the new habit was broken up into small, bite size pieces, I was able to stay focused, keep on track and get back to business immediately after a fall. If you’re looking to build a brand new (good) habit, think short term. 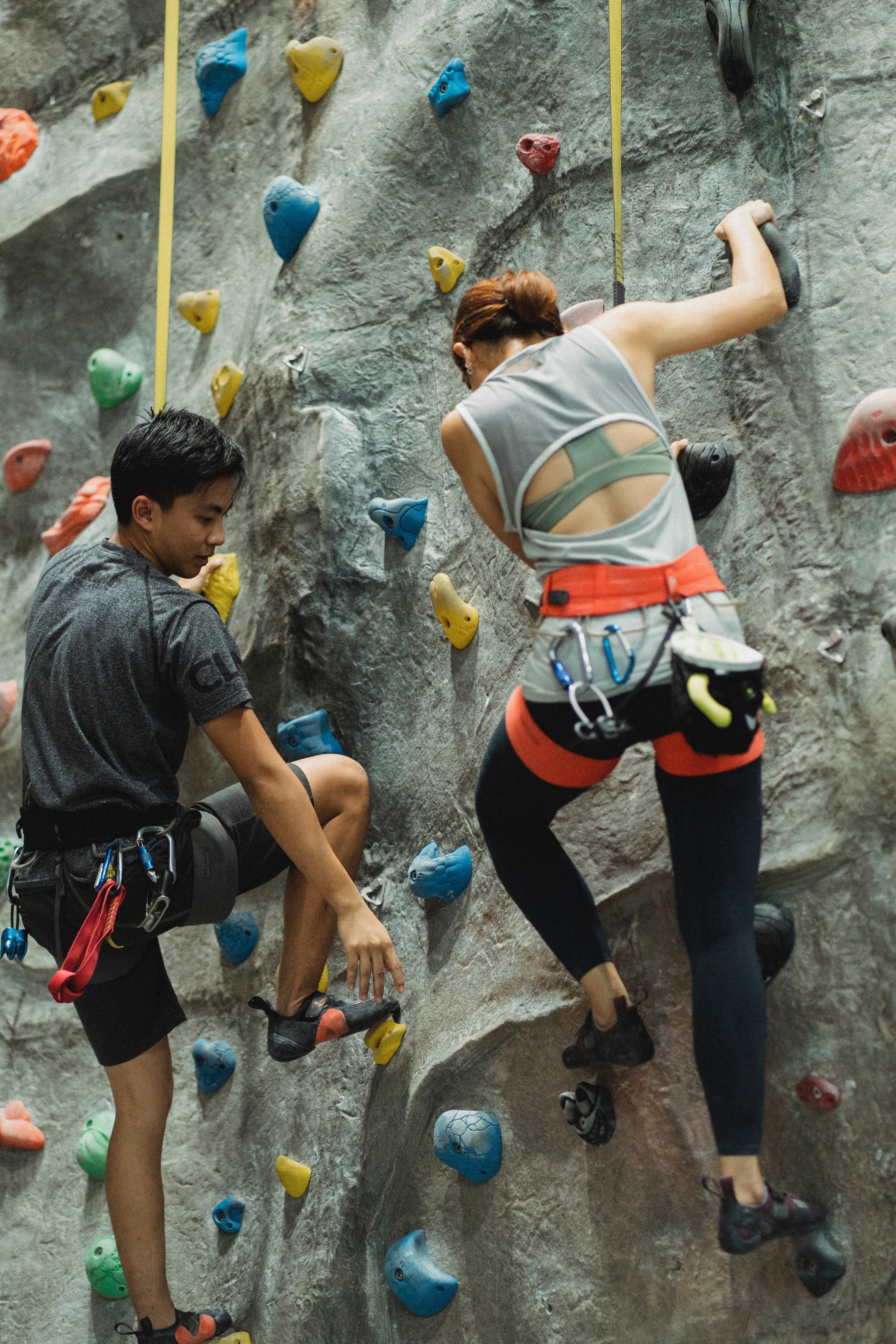 Surrounding yourself with aspirational, like minded people is one of the many keys to success.

Returning to the 12,500 step example; what do you think kept me moving and motivated through those extra evening walks and the initial discomfort of walking multiple extra kilometres per day? The $5 bonus that my health insurer was offering. Even such a seemingly insignificant reward (I mean really, $5?) Can make all of the difference. It’s likely that the voucher didn’t even cover the cost of all the ice cream I bought while out forcing myself to walk. Even so, the fact that I had something to look forward to kept me going and no doubt made all of the difference. 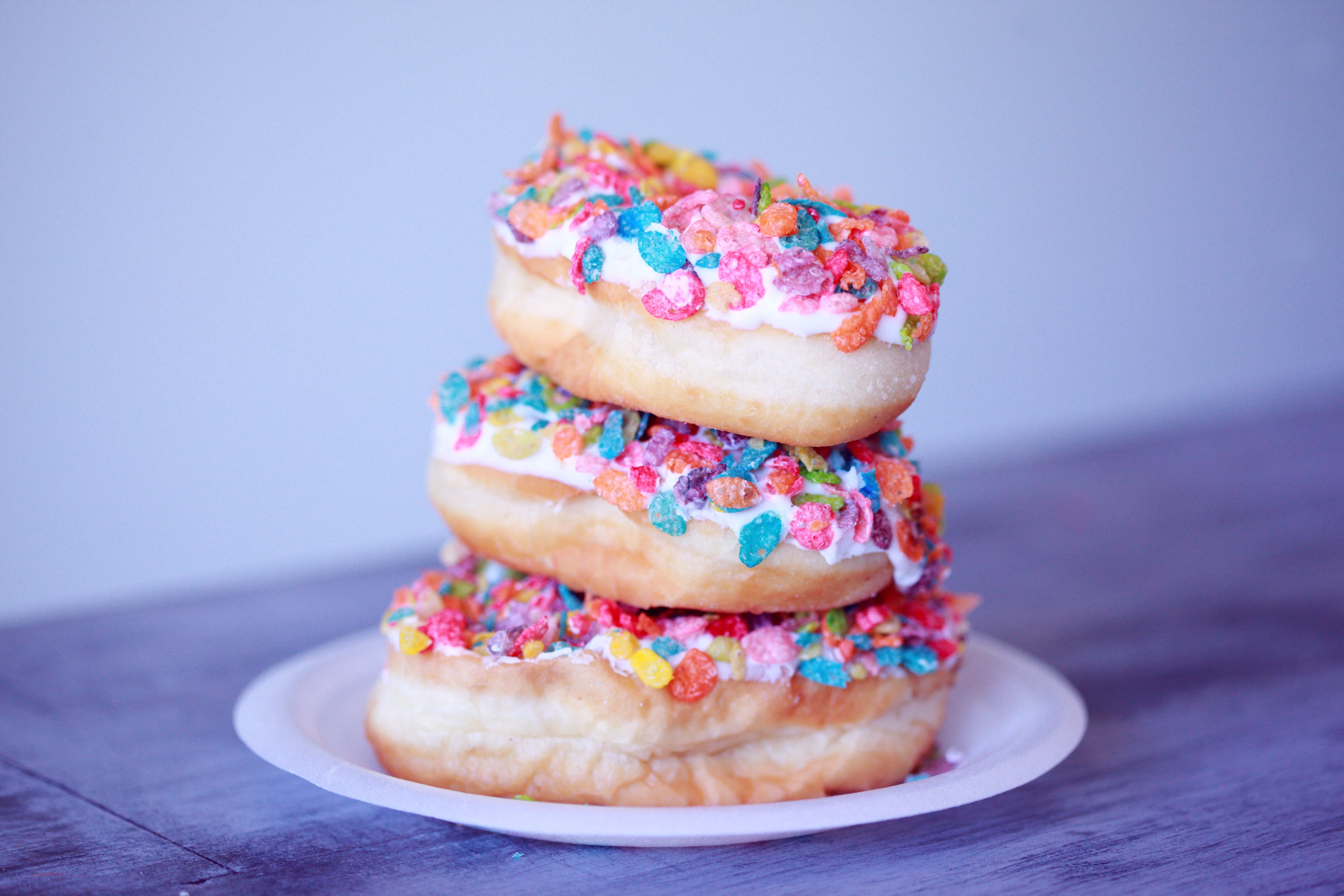 Even donuts have their role to play in your successes.

I learned my lesson here and endeavoured to set up a reward system for my two most recent goals – practice mandarin more and complete 3 yoga sessions per week. I took two of my most guilty pleasures and tied them to the more positive habits I was looking to form as part of my 2021 New Years Resolutions. The result? A very impressive, even if I do say so myself, star chart. Everyday that I complete 45 minutes of mandarin practice or a yoga session I claim a star. When I hit five stars for mandarin that Pandan boost is mine, likewise, three yoga sessions and the 90g Salt & Vinegar Kettle chips are mine. If I don’t hit those targets? No treats. Needless to say I haven’t missed one yet. When looking to form good habits, never forget to collect your bounty!

3. FIND YOUR PARTNER IN CRIME.

Have you ever heard the maxim “you are the sum of the five people you spend the most time with”? If you haven’t, you have now and in my estimation there was never a truer word spoken.

Underestimate the influence of those you surround yourself with at your own peril, especially when you’re looking to upgrade into a new positive habit or behaviour. If you’re looking to inject some extra exercise, study time or healthier eating habits into your life – you should start by seeking out and surrounding yourself with people who are already doing it!

It’s going to be infinitely easier to get yourself up, out of bed and off to bootcamp if you know that a friend is in the same boat and will be up and waiting for you very soon. The maxim works both ways and should you surround yourself with people who excuse themselves from healthy habits, or even worse, emphasise bad ones – you’re going to find it very hard not to follow suit. The lesson? When starting on the journey toward better habits, be sure to find a friend!